With epilot, SWTE Netz intends to expand its digital strategy in the long term. The foundation was laid with the house connection portal and the digitization of the commissioning process.

What was the initial situation?

SWTE Netz certainly feels like a start-up company. After all, the network operator from the Tecklenburger Land region only started out as a gas distribution network operator in 2020 and in January 2021 also took over the electricity distribution network in the concession area. And as is usual for a startup, the digital strategy is correspondingly pronounced. In recent years, SWTE Netz has prepared intensively for taking over the tasks associated with the change of network operator – especially in the area of technical and commercial processes. For example, network operators need to automate processes immediately and implement them digitally in order to position themselves for the future.

"We had the advantage of starting digitally from the beginning, and we also didn't have to transfer any entrenched paper processes."

What was implemented with epilot?

Since last year, SWTE Netz has been processing new house connections in the area of electricity and natural gas via the digital house connection portal from epilot, which was already implemented in 2018 as part of a pilot project together with network operators of the Thüga Group. According to Freude, the decision in favor of epilot was quickly made. After all, not only do the agile cultures of the two companies fit together very well, but also the requirements for the software solution and its performance. SWTE Netz has been using the cloud-based SaaS solution to control the entire house connection process automatically since last year. End customers, installers and other parties involved, such as civil engineering companies, thus have the opportunity to upload documents, track deadlines or view data without paper. In October, the digital click section of the house connection portal went live on the SWTE Netz homepage. Six months later, around 1,300 house connections (as of May) have already been processed completely digitally via the portal, and the digital house connection process has been linked to SAP PM via epilot’s SAP Connector.

Based on this good experience and the fact that, from a process point of view, house connection and commissioning belong together and represent a single unit, there was no question that this processing step would also be integrated into the portal. The goals behind this were to further improve data quality and transparency and to standardize processes overall. Thus, SWTE Netz decided to participate as a pilot partner in the development of the digital commissioning process. 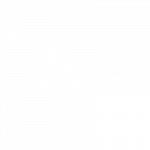 SWTE Netz is the network company of Stadtwerke Tecklenburger Land with shareholdings of the seven municipalities Hopsten, Hörstel, Ibbenbüren, Lotte, Mettingen, Recke and Westerkappeln as well as the strategic partners Westenergie AG and Stadtwerke Osnabrück AG. As SWTE Netz GmbH & Co. KG, it ensures a secure supply of electricity and natural gas to the people in its region. Since January 1, 2020, SWTE Netz has assumed responsibility for the gas distribution network in the seven municipal utility districts as an independent network operator. On January 1, 2021, the second and final step of SWTE Netz GmbH & Co. KG to become an independent network operator was completed with the takeover of the electricity distribution network.

As a still young company, SWTE Netz attaches great importance to lean structures in its processes. It focuses on the continuous further development of its supply networks and the expansion of the digital infrastructure in its supply area

Fields of application of epilot:

Software as a Service promotes innovation. This fact is best illustrated by customer testimonials that set new standards with cloud computing systems. If you want to learn more, contact us. We are also happy to arrange contact with our references.

Contact us
now
"A big advantage in the cooperation with epilot for us is also the active co-design of the solution as a pilot partner in order to achieve the best result together. In this way, we have future-proofed ourselves in the shortest possible time and can offer both customers and installers an optimal digital experience." Commissioning the house connection is a much more complex process today than it was a few years ago. Thus, for certain locations, measurement concepts for generation and consumption plants must be established and observed. This is sometimes a challenging process for installers. According to Andre Freude, support can be offered here, for example by providing additional documentation.

For Freude, transparency is a very important factor when using the portal: “Installers should be able to see the status of commissioning at any time,” he explains. SWTE Netz guarantees them a response to a request within three working days. “That’s definitely ambitious, and it won’t work without digitization,” Freude knows. The Head of Network Sales and Contract Management points out that it was a particular challenge to bring marketers along on the digital journey. After all, around 60 installers are involved in both the power and gas trades. “Installers like to fall back on old familiar processes,” says Freude, describing the initial situation. In order to meet everyone’s needs, various companies were already involved in the pilot phase and various processes were simulated and tested with them. In addition, the stakeholders involved were again comprehensively informed and asked for feedback at a meeting held at the end of last year. According to Freude, the appointed installer supervisor also plays a very decisive role: “He knows the topics in depth and picks up the installers accordingly.”

From January to September, over 2600 commissioning requests have already been made via the portal. The next steps are already firmly planned with the installer portal and the installer directory. The latter has so far been mapped via a SharePoint solution, but will also migrate to the cloud environment by the end of 2021. The aim is to make it even easier to monitor installer concessions via the digital directory – this applies both to concession holders from the SWTE network area and to external companies with a corresponding guest concession. Following on from the commissioning process, the registration of generation plants was also introduced using a digital registration form and workflow management via the epilot platform.

Outlook for the future

In addition to the classic grid connections and the registration of generation plants, wallboxes for e-vehicles will also be offered in the future. “Here, too, we would like to implement a smart solution from the epilot cloud,” says Freude. The first development steps in this direction have already been taken.

In addition, he can well imagine adding the epilot portfolio to the range of energy services together with the parent company Stadtwerke Tecklenburger Land. This includes, among other things, the sale of solar systems, charging infrastructure, heating or CHP systems.

And Freude also sees great potential in the connection of cloud-based portal solutions via a direct interface to SAP IS-U. Corresponding synergy effects are to be expected here in the combination of hardware processes such as meter installation with business management and accounting aspects.

Webinar with the SWTE network

With our eCommerce solution, you can efficiently map the digital home connection and seamlessly tie in the commissioning process. In a pilot group, we set up this process digitally with Andre Freude, Head of Network Sales & Contract Management from the network company of Stadtwerke Tecklenburger Land, among others. In the webinar, we’ll show you what the complete solution for network operators looks like in a use case.

At epilot world, Andre Freude and our product manager Johanna gave an exclusive insight into the result of the commissioning pilot group. In the pilot project, the submission of commissioning applications and the installer directory were digitized with epilot. 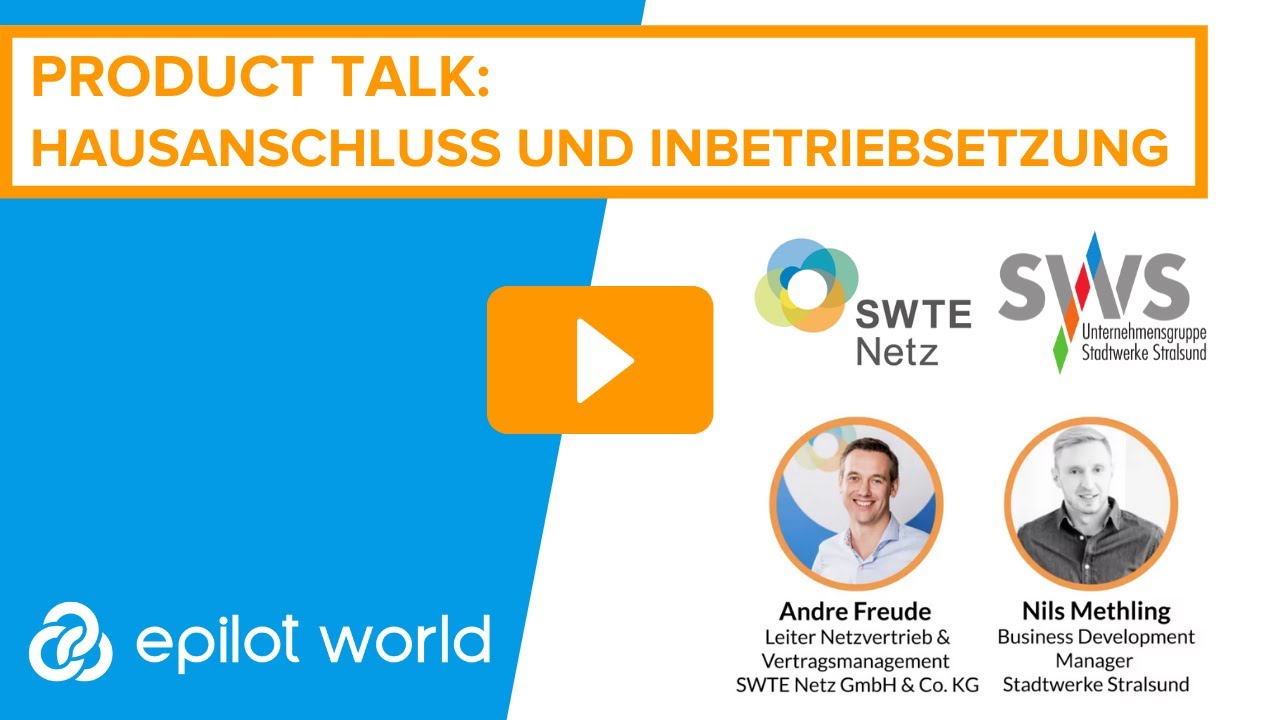